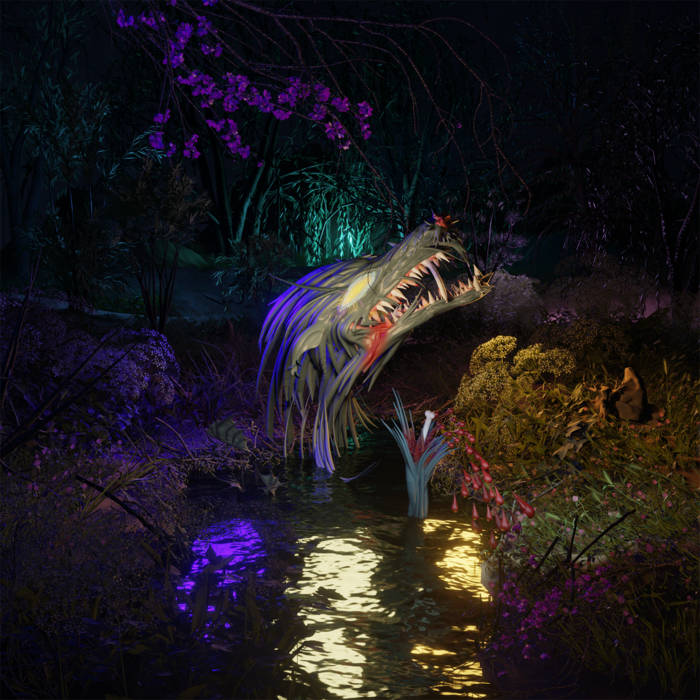 loljk Neat album incredibly disjointed and scattered in its use of glitch noises and found sounds. The perfect antidote for any sort of creative block, an album made for creatives in mind as the primary audience. Favorite track: the gloom (w Aeronexus).

catfoodcanopener I am so looking forward for this; music that takes you to a place inexplicable with human language Favorite track: honey (w S280F, Miedo Total).

Mike DeRitter MFW I saw this: "Shut up and take my money!" I know it's gonna melt my mind without listening to a single second beforehand

may i have some soup

what started as nearly an albums worth of leftovers from fake meat quickly mutated into the pulsing, spitting, fleshy mass that is ungoliant

drawing on many of the same influences, ungoliant doubles down on meaty soundscapes and the playful darkness only found occasionally on the sister album. the attention to detail and dense production is still here, almost to a monstrous degree, but focusing much more on a dark fantasy atmosphere taking musical and visual cues from the elder scrolls, the works of tolkien, and the dark crystal
while fake meat was a sleepover ungoliant is the scary stories u tell to each other to stay awake, and the restless nights that follow. evil but playful, never true danger outside of the mind. a tender malleable fear
the dramatic habitats of ungoliant find solace and truth in the catharsis of darkness, mystery, mist, the grotesque, big emotions
in the blurred veils between life, death, fear, trauma and fantasy
in spells and enchantments of nostalgia growing from the deepest strangest parts of ourself
finding clarity thru muck of escapism
and emerald colored memories
hypnagogic logic & ancient mysteries caked in filth

"Then the Unlight of Ungoliant rose up even to the roots of the trees, and Melkor sprang upon the mound; and with his black spear he smote each Tree to its core, wounded them deep, and their sap poured forth as it were their blood, and was spilled upon the ground. But Ungoliant sucked it up, and going then from Tree to Tree she set her black beak to their wounds, till they were drained; and the poison of Death that was in her went into their tissues and withered them, root, branch, and leaf; and they died. And still she thirsted, and going to the Wells of Varda she drank them dry; but Ungoliant belched forth black vapours as she drank, and swelled to a shape so vast and hideous that Melkor was afraid."

"Of the fate of Ungoliant, no tale tells. Yet some have said that she ended long ago, when in her uttermost famine she devoured herself at last."
- J. R. R. Tolkein

New sounds from Mavi, Ivy Sole & Moderator, plus AJ, the One joins the show, for her latest release